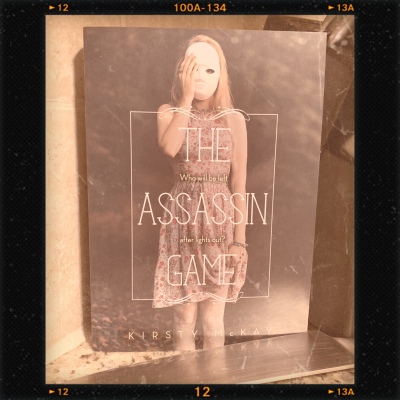 Cate is excited for her first time being accepted into the school guild and being able to play the game Killer. But, when a weird transfer student from her past winds his way into their guild,  Cate is thrown for a loop of the unexpected. Not only that but -the innocent game of pranks is starting to take a dark turn.

I did not agree with the twist in the end. I feel that the right characters were in the perfect place but the author couldn’t resist putting in another curve that lacked any explanation.

The insta-love with this random character that pops up. Well he is the main character so he isn’t that random but just the way he appears and then I feel we never truly learn about him though.

The game! Killer is one of the most thought out games that a book has ever been centered on. The goal of this guild if to play a game called Killed. One person kills by performing various pranks and the others fight to stay alive. Trust no one and suspect everything., This long running school tradition is one you don’t want to miss. The actual playing of the game is what really drags you into this novel.

The Assassin’s Game is one mystery filled adventure that all ages can enjoy. This book has no gore and barely any romance so I feel this book can even be found on Middle Grade shelves.

My similar recommendation for this novel would be The Cabin by Natasha Preston.

“The Killer can Kill as often or as little as they want, but don’t be a mug and bore us to death. Make your kills entertaining. Give us something to talk about.”